Turkey LGBTI Union  is by, for, and about lesbian, gay, bisexual, transgender, intersex, and ally members of the LGBTI community in Turkey. We strive to improve the communication between LGBTI associations, groups and individuals.

During the past decade, there are thousands of transgender living in major cities in Turkey facing with increasing number of hate crimes. Sentence reductions lead criminal charges to drop in some cases evidently, invites further crimes. At least 30 transgender individuals in Turkey were murdered between January 2008 and December 2012. The figure is higher than in any other European, Middle Eastern, African, or Asian country for which data are available. The justice system is, in many cases, weighed against victims of hate crimes. Culprits apprehended in transgender murder cases, for example, sometimes employ a defense of “unjust provocation” and lenient sentencing as a result. The authorities are not just failing to protect LGBTI individuals, however. In some cases they are actively responsible for maltreatment. Provisions in the criminal code on exhibitionism and public morality are often used by the police to harass LGBTI people. Transgender individuals—often least able to hide their identity—have been detained and fined on misdemeanor charges and even faced torture and abuse in custody.

As bad as things are in Turkey—especially in regard to the high numbers of transgender murders—conditions in some of its regional neighbors are far worse.

Homosexual conduct between consenting adults is legal in Turkey, but far from accepted. Prejudice is widespread: 84 percent of Turkish people said gays or lesbians were among the groups they would least like living in their area, according to 2011 research conducted as part of the World Values Survey. Intolerance often manifests itself as discrimination, abuse, and brutal violence. Hate crimes against LGBTI individuals are higher in Turkey than in any other member of the Council of Europe. Honor killings” as a result of sexual preference, such as the fatal shooting of Ahmet Yıldız, and the “R.Ç.” case, in which a father is currently on trial for the murder of his 17-year-old gay son, have also taken place.

Homophobic attitudes start at the very top. Prime Minister Recep Tayyip Erdogan said homosexuality was “a sexual preference” that is “contrary” to Islam, in remarks reported in local media. And Minister for Women and Family Affairs Selma Aliye Kavaf described it as “a biological disorder, a disease,” in a 2010 interview with the Hürriyet daily news. The national Constitution itself does not offer protection against discrimination on grounds of gender identity or sexual orientation. There is, however, little political will to address this issue.

RTÜK, the state agency responsible for monitoring and regulating radio and television content, is heavily involved in censoring content. The cable broadcast of Sex and the City 2, for example, was blocked due to its “twisted and immoral” depiction of a gay wedding. In 2011 the Telecommunications Communication Presidency (TIB) prohibited Turkish Internet-hosting providers from using the word “gay,” along with 137 other potentially inflammatory words, in domain names and websites.

Things in Turkey, are, however, slowly getting better. During the Gezi Park protests, minority groups were able to raise their flags in safety, boosting awareness and support for their causes. Those with a well-established history of activism, LGBTI associations, were better organized and experienced with advocacy than their newly established counterparts and played one of the central roles in the movement as a result. 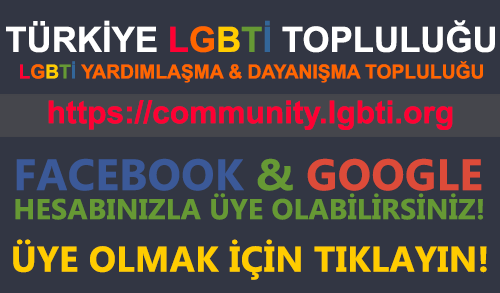